First  one realises, just by thought, that they are a cause, enabler, endorser, supporter, antecedent (temporal or not) and well… a fan of the causing of  unacceptable suffering.

Then one realises that, ultimately, the reason that they cause this suffering is to satisfy their  own momentary mouth pleasure.

When these two simple realisations are acknowledged I belive it would be ignoble of me not to then ask myself,  “What should I do?”

If I consume meat, then am I an accomplice in the murder of a baby animal, just for fun?

It took me a while to get to answer this question. There were lapses and cognitive dissonances and a guilty goat curry that was “going to waste”.

But the answer came, a nobrainer it seems to me now, “I do not eat animals.”

And that is almost that, except that  it get’s worse than the worseness of meat and the obvious butchery/epiphany of that equation:

If I eat dairy, then I cause greater and wider suffering than the suffering I cause from just eating meat.

This is startling, when you let it settle.

The dairy industry is the meat industry.

But it is the meat industry with extra layers of humiliation and exploitation.

It has enforced breeding, unnatural confinement, torture, antibiotic recklessness and on and on…

Is it not is even more repugnant and brutal than the meat farming?

I miss it so much.

The Wound-healer Triple-C Omnibalm Oil that I make is, I attest, exceptional in quality and origination. If there were olympics for healing oils and balms…

Here is how I make it: 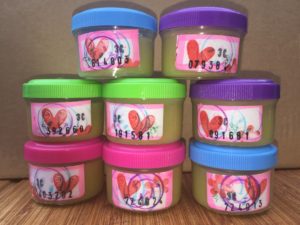 Soak a mixture of Camomile, Comfrey and Calendula in variant tree oils, in the dark, for as long as you can. Stirring very occasionally. Then extract this mash in three quite different ways: cold pressed, steamed and boiled. 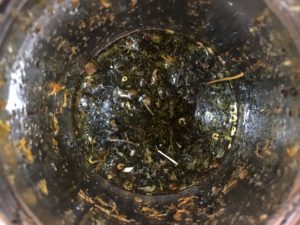 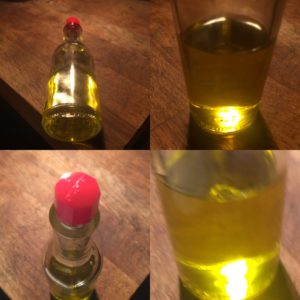 I use this with beeswax in my 3-C-Omnibalm Oil.  I still make it to the same formula six years later. 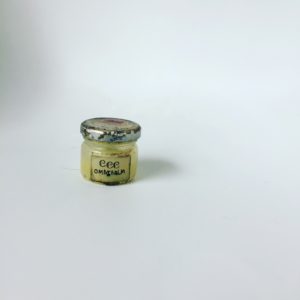 I also use it as the basis for the Wound Healer Omnibalm which we now use on all manner of cuts, grazes, burns and punctures. Even committed woo skeptics have attested to its remarkableness. (Please note, I am not trying to sell you this stuff. #DIY)

In order to make the Woundhealer I take the above made 3C Oil and, into this,  I grind up, as fine as possible, various amounts of:  bacopa, cinnamon, gotukola, turmeric, chillie, saffron and other top-shelf spices. It  makes this bright red oil that, in my opinion, is better than placebo at healing and helping wounds. #woo 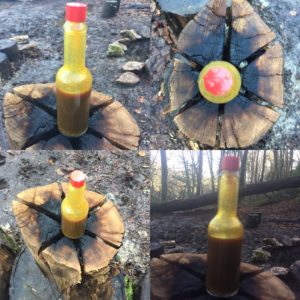 EMF is the radio waves that zoom from your phone to the phone mast. The waves of energy that fill your house from your router or your TV Box. The weak waves of Bluetooth and the strong waves of 4g. They are  the microwaves that defrost your fajita.

They exist naturally, in oceans and the Earth’s electro magnetic fields. We know they bust forth from the stars and rain at us from every direction.

But recently and for obvious reasons,  they have become much, much more abundant in our lives. And much more acute in their energy.

Should I be worried?

Many people and organisations say they are totally safe. -“The energy just isn’t high enough”.

Many clever people think that RF radiation is one of the biggest health threats we face as a civilization.

What should I think?

What is my rational response to this?

One thing that I have taught myself about recently is a basic understanding of the lymphatic system.

(Thanks to the internet and The Pareto Principle it is not difficult or  high time/money cost to get a basic understanding of most things. Phew! #CHE)

So here is my basic understanding of the Lymphatic System:

So assuming the truth of the statements above, I think it is reasonable to conclude that:

If you wish to optimise your wellbeing then learning and optimising your own Lymphatic system should be a high priority. I currently think that the following is good advice, though of course, it is is ripe for questioning and doubting:

If you find fault above please let me know.

A Computer Program has four kinds of logical parts.

If you are trying to understand a computer game then consider that the first method is to break it down into the hierarchy of its parts.

There is a point of beautiful overlap between modern computational thinking and the Cartesian method.

Descartes has four stages for any problem:

Four centuries later we get the idea of computational thinking expressed as:

Learning to use the above methods drives understanding, just as they drove The Enlightenment and and the Age Of Reason and digits.

Please read my previous post on Winability before this one.

Winability is a regulator of continued playability. It is the driver of the game and it has been thus since caveman first played Spoof. But then along comes this new model that works by a hijack this key playability driver, Winability. In a freemium game, no matter how deep and complex and rich and narrated and aesthetic it is, the game’s winability has been hijacked, and the ransom is your time.

I have really enjoyed some Freemum games. Boom Beach. Crown Rush. Smart games. Deep in the strategies and complex enough to pique a good learning response. But then, because the fundamental winnability of the game is determined not by skills and smarts but by how much the player is  prepared to wait.

Note the difference. It is not like spending time to learn the intricacies of a game. It is spending time directly so that you can progress in the game. Ponder that it is a profound difference within this small world.

Time is the greatest game parameter and the greatest life commodity. These games have built in them, at the base, the incentive to waste the player’s time.

I think it is mean to waste someones time on purpose. I think if a restaurant puts a thirty minute lag on their orders just  to make them seem not processed then that is mean.

I can see no real distinction between this and freemium games.

When you Break It Down it becomes clear that there are a handful of shared game vectors that make good games good and bad games boring: Learnability, Playablity, Newness…etc. These all propagate or not the emergence of fun.

Hopscotch lacks something that Patience has. Perhaps more than one thing. Even without investigating we can imagine that whatever is lacking from Hopscotch is an aspect that continues to contribute to the playability of Patience over time.

I think the ninety year old would affirm that “I play patience for fun” just as much as the nine year old player would.

One game attribute is Winability. This is distinct from Challenge, I think. Winability it is about the pure competitive aspect of the game, internally and externally and how that aspect needs a sweet balance to maintain fun over time.

Winnability is a key concept in CGP.

Tic-Tack-Toe, like its identical twin,  Naught’s and Crosses, and also like battleships and Connect 4  and Hangman are all examples of games with an decreasing winability profile.  There might be a bit of a jump at the start, but after that it is a pretty accelerating drop.

For example: If you think about the opening tactics of Connect 4 you can see the key structures that cause the jump in Winability. But after this and, say,  the value of diagonals, and so on, the winnability plummets. It lacks Depth and Complexity and it has a small possibility space.

Connect 4 is a good game. I have played it much and will play it again. But I could never play it always.

Winnability can be seen as the learning the harmonies between wining, loosing and neither. It is about how this harmony evolves as a player’s game evolves.

If you win every game then that game is not going to be fun. If you loose every game, the same.

In the middle, somewhere, is the harmonic  where the lasting fun can happen.I continue with with chess and uniwar. It may stop one day.

Winability needs to self optimise. We see this often in Backgammon. New tactics entail new strategies and victories.

I havent got much better at Chess over the years. But my winability has been balanced.

If winability isn’t balanced then the player’s engagement will fade. It will either have become too easy or too hard and with too little variance from this.

The potential for online games means that Winability can be normalised. Is this good? You could have it so that players always played demonstrably equally skilled players.

I think that  Imbalanced Winability is one of the key reasons gamers stop playing a certain game, especially because it is hard to maintain over time.; Diminishing Returns on all Parameters.

If you look at any ongoing tournament, in any game, you will see self organisation in action. The players by and large settle at the level of their comparable players.

In order to balance winability the game and the opponents(s) must interact in a way that requires an increase in the game smarts and skills.

It is not just about the wining the game it is about understanding the win, whoever wins. If you can see why you have lost then there is a level at which you have won.

Should you continue playing a game you know you will loose?

I think Winability cannot be maintained without a big enough possibility space. I guess it needs depth and complexity, but I am not sure. A game like Bejeweled is shallow and simple but because of the hand/brain/eye aspects Winability emerges outside the rules. It is external to the game, from the player’s body and mind. This doesn’t happen with chess, does it?

Winability is ones ability and interest to see the game in full. It has to be fun.

Using the Cartesian method we could enumerate this question as: