Dependent Origination is the least taught, most misunderstood but most important aspect of all of Buddhism. Dependent Origination is the natural law that the Buddha fully realised when he became enlightened. It is not magic, it is not mystical, it is to do with the grounding truths of all logically possible realities and how they affect the emergent realities we experience as sentient humans. 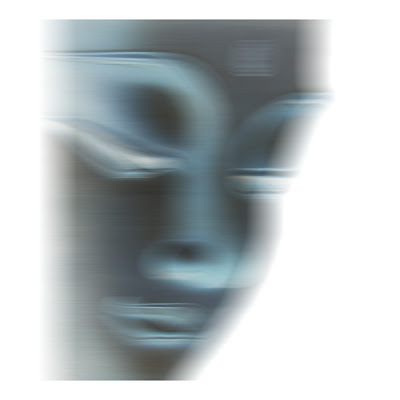 At first site Dependent Origination, to western analytic minds, seems so obvious, it even has exact analogies in classic logic and metaphysics that have propagated from the pre-Socratic philosophers to modern reason. But what the Buddha did was to not only see it as fundamental but he understood the subsequent effects Dependent Origination has in all aspects of reality and, importantly, the limits it puts on reality.

What Dependent Origination is Not.

If you ask a learned Buddhist what Dependent Origination is, or read in the vast majority of texts concerning it, you will most likely have described a complex wheel of causation. This wheel has twelve stages that encompass rebirth, suffering, ignorance and is termed The Twelve Niddyas.

Historically the Twelve Niddyas came at least four hundred years after the Buddha’s life yet they have become interpreted as being the actual concept of Dependent Origination rather than a mystical (pertaining to the supernatural) interpretation of Dependent Origination as applied to some notion of rebirth. This is a catastrophe to a widespread understanding of Dharma because it obscures the original and crucial meaning of the concept and thus excludes a deep and true understanding of Dharma.

An analogous case would be to say that a constructed, complex economic cycle that nobody but a PHD economist could understand was the law of “supply and demand” and then to expect budding economists to be able to move on in their studies from the confusing and inaccurate set of first principles.

Dependent Origination is a simple and rational principle, when properly understood its about as far from the mystical as one can get.

What Dependent origination Is.

Think for as long as you can about these four statements:

And then ask yourself these questions:

Are the statements all true in this world? Is there a possible world where the statements might not be true? Are the statements true together, that is, if one is true must they all be true? You can easily come up with trivial examples where they are not true, for example, standing off your doorstep and knocking with a big stick, but without adding any extra information to the statements, it seems that they are absolutely true in all cases.

If, like me, you are forced to conclude that the statements are true in all possible worlds in which they make sense, then you understand the foundational formulation of Dependent Origination. That is it! An anticlimax compared to the esotericism of the Twelve Niddyas, perhaps, but it is this conditionality that is Dependent Origination, nothing more.

In scriptural terms Dependent Origination is most simply expressed as:

The first point we need to make about the above expression of Dependent Origination is that the this and that stated will be any this and any that. This is hugely important Dharmically because it referring to all possible things, all possible systems and events and representations. What the Buddha realised was that conditionality isn’t the domain of some isolated syllogism but that it applies to everything, necessarily (The Buddha had no idea about quantum randomness; I am not sure how this would fit in with Dependent Origination.)

When you take this and that as being any possible this and that then it can be seen that Dependent Origination bestows three properties on the causality of reality:

o Note that in the world there are countless ways for events to happen, eg, you may open the door for another reason than me knocking on it. But that would be a different event, even though “on paper” it’s the same event.

Why is Dependent Origination Dharma?

I outlined here about the Three Marks of Existence, Annica, Anataman and Dukka, and how all of Dharma flows from them. I belive when you understand Dependent origination it is possible to see how these Three Marks are necessarily the case. Even now after many years thinking about this it hurts my head to see it all as one body of truth. I think this is why Meditation is considered so important to Dharma practice, as it may offer a way to apprehend these conceptual structures outside of the rigid lingustic structures we are used to relying on. But here goes:

Annica – All things are impermanent

Because all conditioned things originate within this transitive web of causation it follows that there is nothing to remain a constant. There is no thing that is isolated from the changes that flow following the principle of Dependent Origination. This applies from the neurons in my brain that make my knuckles tap on your door to the sound wave you hear and everything that follows from that and leads up to that.

As soon as an event happens, as soon as a thing changes, it is gone and the next change is happening, the effect becomes a new cause. And so on. And so on.

All conditioned things are impermanent. Everything is change.

Because all things (systems, events..) are conditioned things it follows that there can be no thing that is isolated from the web of causation and equally no thing that appears from nowhere within the web of causation (QM randomness aside?). If Dependent origination is true in all possible realities then all possible realities are consistent. Consistent interconnectedness and impermanence preclude the possibility of their being something that is excluded from interconnectedness (a distinct thing) or immune to impermanence (an eternal thing.)

Ontologically impermanence and interconnectedness manifest in the impossibility of anomalous things, like miracles and souls. Psychologically impermanence and interconnectedness preclude the possibility of a constant distinct self/ego. There are no distinct objects in mind our world, however the illusions of perspective may make things seem to the contrary.

Consider a deck of cards arranged neatly in suits and imagine the order changing (shuffling) as all things do. Any change will be a change away from that order, and, in addition, the probability increasingly decreases the more the deck is shuffled that it will to the original neat order. The deck of cards has a finite possibility space and the vastest extent of that space is change away from order not towards

The same is true of all systems that constitute reality; change will take place in a finite possibility space. In physical terms this fact is captured by the Second Law of Thermodynamics. In economic terms by the Law of Diminishing Marginal Returns. In human terms by realisations such as “the more of Great Thing X you have, the less great X becomes.” Change reduces the possibility space and if that space is valued by some other agent (like you) then change tends towards the negative.

These kinds of realisations are the opposite of difficult, if dogs could think like us, they would think the same. It’s not just that all things change but that most change tends towards the negative. The Buddha realised that this fact was self-evident. Moreover, when the inevitable negative was apprehended by sentient beings with qualitative experiences (like you) the realisation, conscious or not, will be bound to create negative experiences in the being.

This is why we suffer, the Buddha thought; because we constantly crave for the inevitable negative to not be the case. Accepting our impermanence and the impermanence of our good experiences is one thing but clinging to the hope that that may not be the case is fundamentally going to only bear bitter fruit. It cannot be any other way.

Dharma is science and reason, to think otherwise is to place the contaminating teachings of scholars and monks who came centuries after the Buddha’s teachings as being more authoritative than the original teachings. It seems this has happened with all religions, but with Buddhism are lucky. We still have the original, wonderful, rational, sceptical discoveries of The Buddha available to us, but in addition, we don’t need them. We could erase all of Buddha’s teachings and start again just from that first principle of Dependent Origination that enlightened the Buddha and arrive using nothing but reason and insight through the Three Marks of Existence, the Four Noble Truths to the practice of The Noble Eightfold Path.

Dharma is simple and rational, not mystical and obscure. It takes us from the core truths of reality to a personal and social morality and understanding where compassion and love are not assumptions but conclusions entailed all the way up from the first principles.

Dharma is truth, to prove it wrong one merely needs to disprove Dependent Origination.